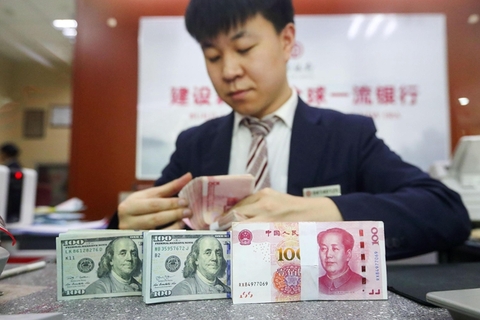 The onshore yuan depreciated beyond 7 per dollar soon after trading began Monday, something it has not done since April 2008. Photo: VCG

The Chinese yuan on Monday tumbled beyond 7 per dollar, its weakest level in over a decade, as the trade relationship between Beijing and Washington cools yet again.

The yuan — both offshore and onshore — broke through the key psychological barrier of 7 per dollar in morning trade on Monday, after China’s central bank set the currency’s daily reference rate at 6.9225 per dollar, the weakest since December. The onshore yuan depreciated beyond 7 per dollar soon after trading began at 9:30 a.m., something it has not done since April 2008.