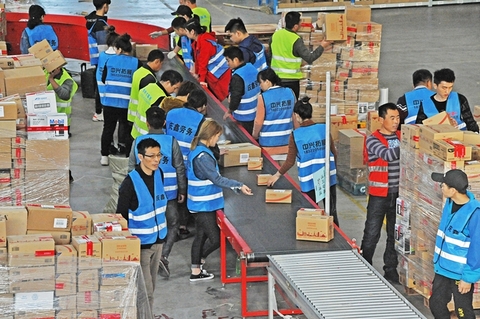 Workers sort packages of imported goods on Nov. 11 at JD.com's cross-border e-commerce warehouse in the northern city of Tianjin.

China has designated another 24 cities as cross-border e-commerce pilot zones, in an effort to boost exports.

These cities include Hebei province capital Shijiazhuang, Fuzhou in Fujian province, and Yantai in Shandong province, according to a statement (link in Chinese) released Tuesday by the State Council, the country’s cabinet.