Zhang Weiying: What China Needs to Do to Become a Real Manufacturing Giant 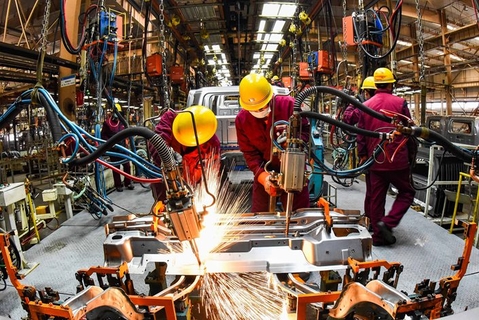 Is China a manufacturing giant?

For sure it is already a major global manufacturer, having overtaken the U.S.’s leading position back in 2010.

But we mustn’t forget that 200 years ago, China was not only the world’s largest manufacturer; its lead over other countries was positively vast. In 1750, China’s manufacturing capacity accounted for one-third of the global total, while the U.K. accounted for less than 5% of that, at 1.6% of the global total. Even in 1830, when China contributed 29.7%, the U.K.’s output was still less than one-third of China’s. America’s relative manufacturing capacity in 1973 was the same as China’s in 1800 (33%), when China only contributed 3.9%, basically equivalent to the U.K.’s output (4.1%) in 1800.