In Depth: How Saving Poyang Lake Will Alter a Complex Ecosystem 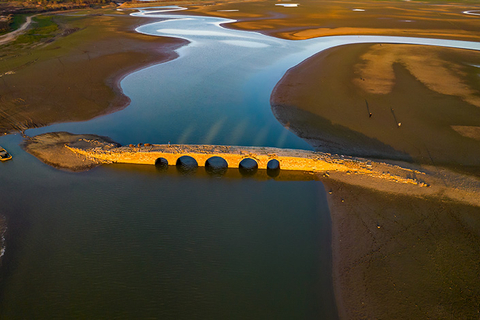 Poyang Lake in the dry season in November 2021. Photo: VCG

June was the wet season for Poyang Lake, China’s largest body of freshwater located in the southeastern province of Jiangxi. The lakebed near Changlin, a village on the west side of the lake, was covered with water. Giant trees growing near the bank were flooded nearly to treetop. This is the planned site for the construction of a 13 billion yuan ($2 billion) barrier between the lake and the Yangtze River.