In Virus-Ravaged Wuhan, Hours-Long Queues to Collect the Ashes of the Dead 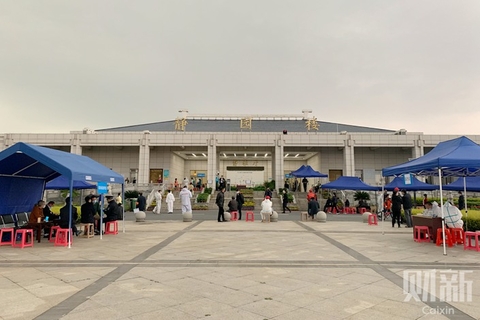 People line up to receive the ashes of their loved ones Thursday at Hankou Funeral Home in Wuhan, Central China's Hubei province. Photo: Ding Gang/Caixin

At around 8 a.m. on Thursday, Liu Ping joined the long line of people at the Hankou Funeral Parlor in Wuhan and waited to collect her father’s ashes.

Like the hundreds of others in the queue, Liu — who requested a pseudonym out of respect for her privacy — had come to the undertaker’s in the north of the disease-ravaged central Chinese city after authorities on Monday began allowing some people to collect the remains of those who had died during the height of the Covid-19 epidemic.