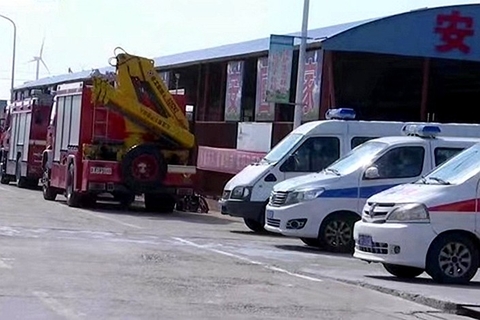 Six people have died in a fire at a gold mine in East China, one month after an explosion at another shaft in the same city killed at least 10 and sparked a weeks-long mission to rescue survivors.

The blaze began at 6 a.m. Wednesday at the Caojiawa mine in Zhaoyuan, Shandong province, according to an online statement by the government of Yantai, the city that administers the area.