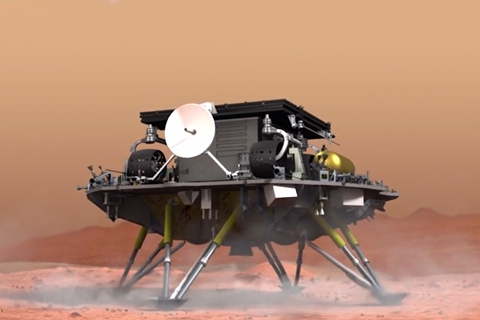 China on Saturday landed an unmanned spacecraft on the surface of Mars, becoming only the second nation to do so after the United States.

After orbiting the red planet for more than three months, the Tianwen-1 probe released a landing craft that touched down at 7:18 a.m. Beijing time, China’s space agency said.