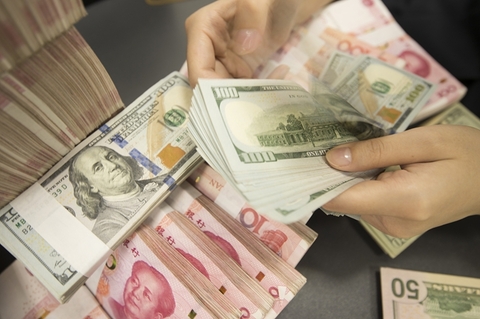 The U.S. Treasury Department designated China a currency manipulator on Monday after the U.S. dollar-yuan exchange rate broke past 7 and U.S. equity markets fell sharply. China does not meet two of the three U.S. Treasury Department standards for being a currency manipulator, which include a current account surplus greater than 2% of GDP and engaging in “persistent, one-sided” foreign exchange (FX) market intervention in the past 12 months. However, the U.S. Treasury has argued that because China has ample FX reserves to intervene in the market to stop the yuan from depreciating but has not, it should be considered a currency manipulator. Actually, in the past year, China has used a number of measures to keep the yuan from depreciating, in part due to U.S. pressure, although it has not directly intervened in the FX market in any significant fashion.