Cover Story: Why the World is Burning Up This Summer 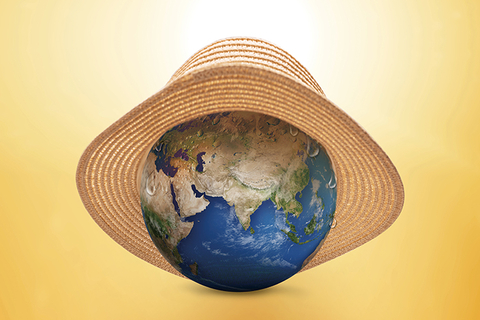 From Shanghai to Dallas, from Paris to London, a record-shattering heat wave is sweeping the entire northern hemisphere. On the temperature map, areas marked in deep read and orange, indicating temperatures above 35℃, cover wide swathes of Europe, North Africa, North America, East Asia and the Middle East.

版面编辑：喻竹杨洋
上一篇：In Depth: China Doubles Down on Infrastructure to Spur Growth
下一篇：Cover Story: Will a Barrier to the Yangtze River Save Poyang Lake?