In Depth: Illuminating the Silver Screen for the Visually Impaired 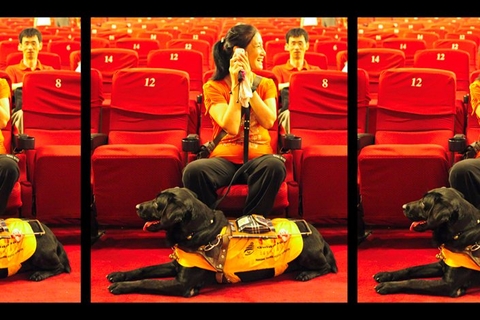 Moviegoers watch a film with their guide dogs in a Shanghai Cinema on Aug. 30, 2012. Photo: VCG

Zhang Su’e lost her eyesight over six decades ago, after a bout of measles at the age of two. However, the 64-year-old Beijinger is still a big fan of the movies.

On a recent August morning, Zhang and her husband went to a screening of a film that had been made accessible for visually impaired people. Throughout the film a timely and detailed audio description provided all kinds of visual information; every character’s appearance; scene transitions; changes in weather. Such audio services are like her white cane, said Zhang.