In Depth: Export Slowdown Reveals Cracks in One of China’s Economic Pillars

2022-10-03 15:29:17来源： 财新网
By Yu Hairong, Wang Liwei and Kelsey Cheng
2022年10月03日 15:29
August’s disappointing trade figures pose a challenge for an economy that has come to rely on overseas shipments, especially during the pandemic 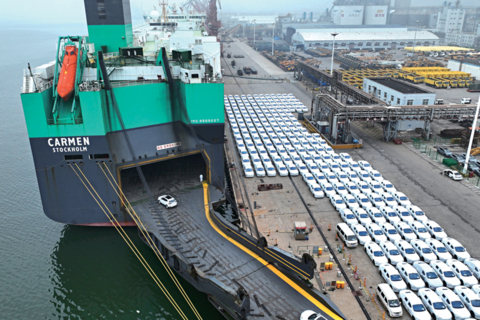 China's disappointing trade figures in August highlighted an increasingly apparent trend — that export growth has been slowing since mid-2021.

Chinese goods exports grew 23.9% year-on-year in dollar terms in the third quarter last year, and 22.7% in the fourth, according to Caixin calculations based on data from the General Administration of Customs. This year, the trend continued, with the figure falling to 15.6% and 12.8% for the first two quarters, respectively. Taken with the combined year-on-year growth rate of 12.3% for July and August, the series shows a gradual slowdown in exports.